T. Rump historian’s oversight, the promised resolution of who weakened the dental floss in the 1953 Haul-It-With-Floss Competition, will be discussed in Part Ten.

ON WITH THE STORY:  The town of Would You Believe It, CA decided T. Rump, age thirteen, should be returned to Planet Goodness: 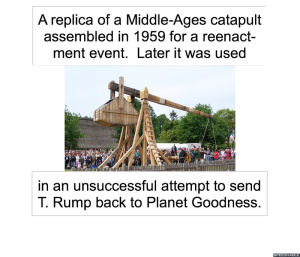 As it happened the pilot awaited T. Rump’s arrival on the spaceship: To everyone’s dismay, the Pilot announced: 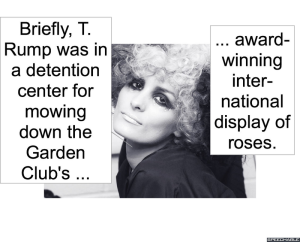 Unaware of T. Rump’s confinement, his parents assumed he was ready for takeoff: